Dolled Up: Products that Sexualise Our Children

March 05, 2012
Stuff matters. Sometimes it's hard to accept, and it can be easier to throw up our hands and declare that it doesn't. But it does.
As a parent of two small girls I have already said my piece on this blog about today's massive culture of 'Girly Pink'. As the oldest grows bigger - she's now four - I've been looking at the world through her eyes and becoming increasingly concerned by the messages I feel she is being given, not just by the 'Pink' products that tell her to be a 'Passive Princess' - staying at home and brushing her hair while the boys get out there and fight dinosaurs - but by the large number of products that encourage her to dress up as a woman while she is still such a very young girl. Make-up, high heels, tight jeans, and more; all available in her sizes and marketed towards her.

Every product that we buy for our children, or that is marketed towards them, is significant, because products, clothes, stuff, carries messages. Stuff matters. Stuff reflects our culture, our economy, our state of mind. Hemlines go up and down with boom and bust. Corsets are loosened as morals are. Shoulder pads show that women can be tough in the workplace too. Land girls dress differently to seventeenth century aristocrats. We have to consider that the way we are dressing our children, and the toys and products we are selling them, says something about how we view the role of women in our world today. We have to question what message our daughters and our sons are receiving about their image, their sexuality, and their role in life. To deny the significance of stuff is naive. Clothes are not just clothes. Toys are not just toys.

David Cameron has long pledged to act on this issue, and never more fervently than when he allegedly overheard his six year old daughter singing along to Lily Allen's hit, 'It's Not Fair', in which Allen protests the age old injustice of a man who 'never makes me scream', even when she's spent, 'ages giving head'. In June 2011, the Bailey Review, an 'Independent Review into the Commercialisation and Sexualisation of Childhood', called for protection for children from what it called the 'increasingly sexualised wallpaper that surrounds them', and which pressures them to 'grow up too quickly'. In the same month and year, several UK retailers signed up to the BRC Responsible Retailers Guidelines, which makes detailed recommendations about the clothes that are marketed towards children.

All of these steps and the many media articles and discussions are great, but as I shop with my daughters, it seems like there are many changes still to be made. I've put together a gallery here of some of the products that I have found inappropriate. Please send me details of any other products you would like me to add, either from the UK, or elsewhere in the world. Hopefully this will further highlight this issue and increase pressure on retailers to be more responsible.


These Hannah Montana shoes, for sale at Brantano, start in a Size 9 - and fit my 4 year old daughter.
Also available from a Size 9 up in Brantano, high heeled shoes by Bratz, whose controversial range of sexily dressed dolls have been described by Michele Eliot, of Kidscape, as 'little sexualised creatures that give the wrong message to girls'. 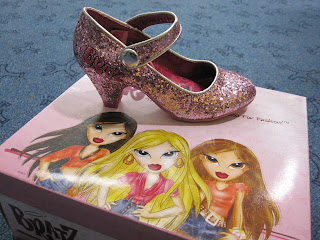 Matalan has already come under fire for selling padded bras for eight year olds. But will someone from Matalan please explain to me why my four year old daughter needs to wear this cropped vest? Not for warmth, surely?! 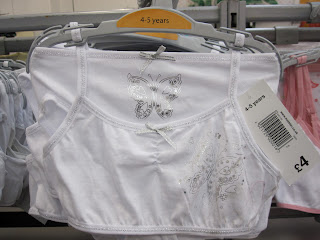 The magazine Sparkle World is aimed at primary school girls, and certainly got the four year old's vote. And lucky us, we got a free poster for her bedroom wall: 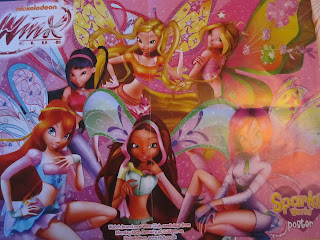 But hold on a minute, is this Sparkle World, or Spearmint Rhino?! 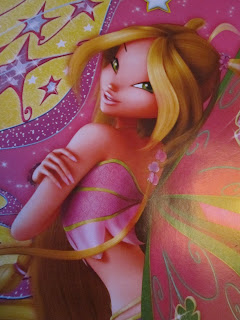 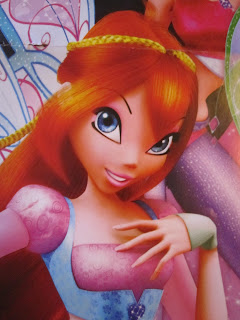 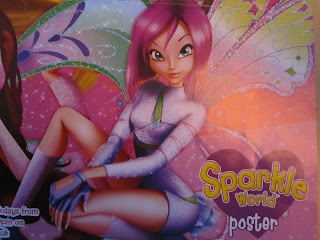 Toys R Us have a variety of make up sets in stock, including this one, the Dream Dazzlers Light Up Glamour Make Up, recommended for five years and up: 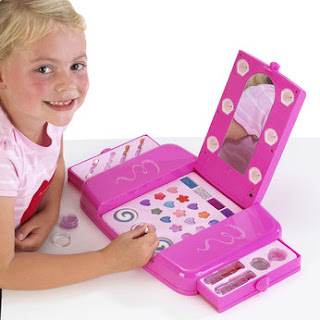 Toys R Us also carry this Dream Dazzler Vanity Make Up Table, for three years and up: 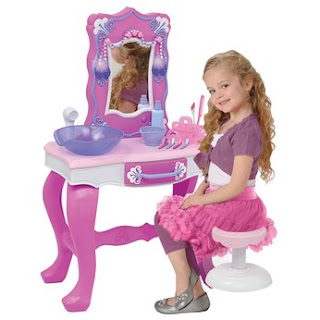 and also from Toys R Us, this Moxie Girlz Boombox Vanity Case, for 6 years and up: 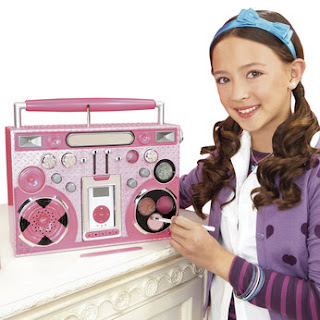 Also from Moxie Girlz, but this time sold by Argos, this scooter with a secret drawer full of make up, for 5 years and up: 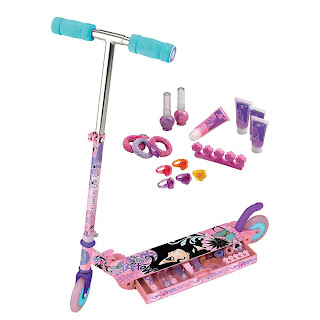 Lelli Kelly sell shoes in a variety of styles, but their range of School Shoes, such as these, come with free make up: 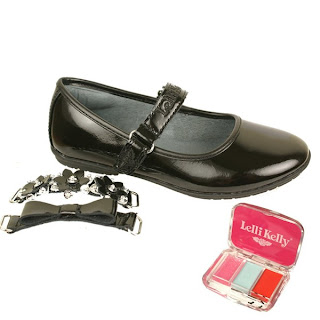 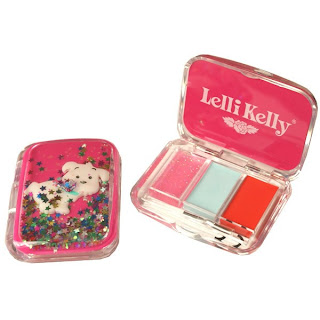 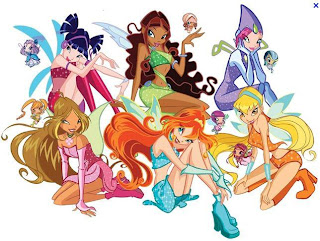 Yes, they're the same crew from Sparkle World. I now know they are the stars of a 'cartoon' from Nickelodeon's new show, Winx Club, aimed at 5 to 12 year olds. Thanks to Pigtail Pals for pointing this out.