'Childism' - As Utterly Unacceptable as Sexism and Racism

December 15, 2012
In the past few decades, mankind has had to shake up their attitudes about a number of things. It is no longer considered to be 'ok' to degrade, humiliate, taunt or insult another human being on the grounds of their sex, race or sexuality. It still happens of course, but it is not considered acceptable. Make a sexist or racist joke down your local pub and you might get away with it. But post an image on Facebook that derides another human being, and you're likely to be reported or even prosecuted. That is, unless that image is of a child. Then it's ok. 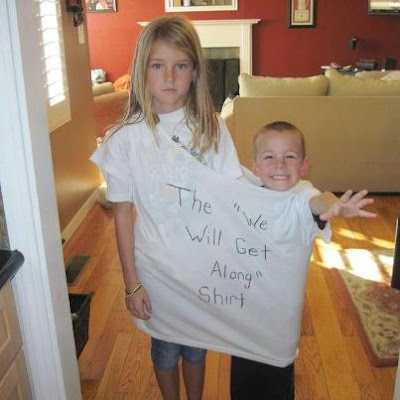 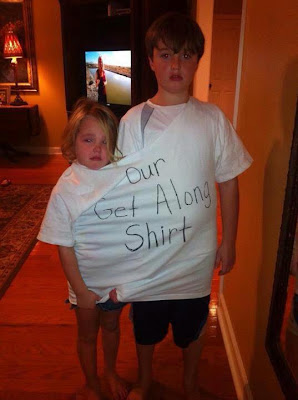 These images have been doing the rounds this week. Most commenters seem to agree that they are 'hilarious':

"A bit of humour"


I beg to differ. The children in these pictures look sad, and humiliated. At a time when they clearly need help to sort out their sibling rivalries and calm their emotional storm, the grown ups responsible for their care have instead chosen to ridicule them. They are powerless to refuse this treatment, nor can they consent or otherwise to the photo being taken and shared on Facebook for the world to see.

It's hard to imagine any other group in society being treated in this way. But if we were to take a similarly degrading image of a woman, for example, there would be an outcry!

A few months ago I was inspired to write a post about tantrums when I saw this image on Facebook, and read the comments beneath it: 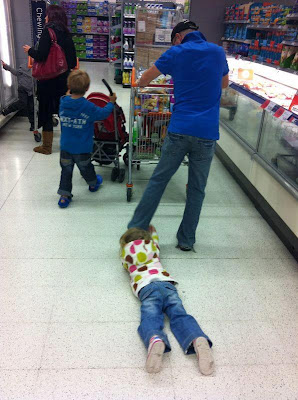 "Who needs a mop when you have a pre-schooler?!"

"I laughed so hard at this photo!"

"Good on the mum for carrying on!"


But is it really funny to see another human being in complete distress, and whatsmore, to take a picture of them and post it online?

These images are considered acceptable because they belong to a world in which we are prejudiced against children, seeing behaviour such as fighting with siblings or throwing tantrums in a shop as clear signs of their inability to control themselves, the burden they place on their carers, and their 'badness' or 'naughtiness'.

This is a world in which it is considered perfectly normal and justified to turn our backs on the distress of another human being, so long as they are a child. So normal, in fact, that you can learn exactly how to do it on prime time television. Note in this clip from Supernanny that the mother is twice offered comfort, whilst the emotional needs of the child are completely disregarded:

This attitude has been described as 'Childist' by Elizabeth Young-Bruehl, psychoanalyst and a leading expert on the nature of prejudice. Her book on the subject - Childism: Confronting Prejudice Against Children - is excellent, describing in complex detail how our childist attitudes - in just the same way as racism or sexism - create a world in which it becomes acceptable to dislike children or even harm and abuse them.

"CHILDIST beliefts - that children are burdensome and absorb more than their share of resources, that they should serve adults, that they are property, that they lack reason, that they are rebellious and must be broken through harsh discipline - do not reflect current scientific knowledge about children's development, capabilities, and needs. It is CHILDISM when adults interpret children's dependence as inferiority, and thus deny children's rights. We are CHILDIST when we transform the adult responsibility to care for children into an excuse to exercise unchecked power."
(Childism - extract from the Press Release)

It is time for us to stop finding it acceptable or even funny when we see evidence of childism, in real life or online. We need to take this prejudice seriously, and to stand up for children, who are often not given a voice in our current society and therefore unable to stand up for themselves. Once we recognise and acknowledge our childist attitudes, we take the first step towards much needed change.