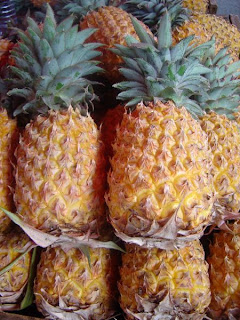 On average around 20% of UK women have their labours induced, some for medical reasons, others because they are 'post dates', that is, they have gone a certain number of days past their EDD (Estimated Due Date). How many days your care providers will 'let you' go past your EDD before pressuring for induction varies from trust to trust, but often women find that conversations about induction start on or even before their EDD, with 'sweeps' being routinely offered to encourage labour to start, and difficult to navigate meetings arranged with Obstetricians in which women are talked to about 'increasing risk'.

Getting to the bottom of the actual reality of the risk of going past 41 or 42 weeks is tricky, mostly because so many women don't actually get this far. Midwife Thinking has a great article here about the balance of risks a woman contemplating agreeing to induction must consider. Many women feel under enormous pressure once the conversations about risk have begun, and not surprisingly, many agree to induction even before they reach 42 weeks (considered by the W.H.O and others to be 'term').

In between getting to their due date and accepting that induction is their fate, women often engage in a frantic catalogue of activities in an attempt to avoid a medical start to their labours. I was one such woman, and have already written an account of this fortnight of utter lunacy in the post 'They Let Me' Go Overdue. Read it and weep, as I did, on an hourly basis. Thanks to google, the list of ideas for 'overdue' women to send themselves bonkers with is endless, from eating pineapple (utter nonsense by the way), to drinking castor oil (cheaper than a colonic, and twice as effective).

The methods are all described as 'natural', although many of them may not feel this way at the time. Take for example this suggestion from Sheila Kitzinger, not normally partial to encouraging women to lie in the lithotomy position and allow men to save them with their magic wands, but in the race to avoid induction, she makes an exception:

"Lie on your back, head and shoulders well supported by as many pillows as you like for comfort, your partner facing you and kneeling between your parted legs. Lift one leg so that your foot is over his shoulder. Then the other. Though this position is not comfortable, it allows the deepest penetration so that the tip of the penis can touch the cervix...When he has ejaculated he should stay inside you for five minutes or so while you stay in the same position, with legs raised for 10 to 15 minutes, so that the cervix is bathed in semen."

Then there's the 'sweeps'. They seem friendly enough - no sinister drugs - just a midwife and her finger, and many of us accept them without question. Do they work? How could we ever really know? Most women who have them are due to start labouring any day, so anyone who does begin after being 'swept' surely can't be sure that it was this that actually got things moving. Nor are they without risk -  your midwife may accidentally rupture your membranes meaning you face induction anyway - see here for some research on this.

Whether it works and whatever the risks may be, what really concerns me about not just the sweeps, but every other mad method on the post-dates bucket list, is that they smack of desperation, and betray a complete lack of confidence in a woman's body. As innocent and natural as they may seem, they are nevertheless the tiny tiny tip of a bloody big iceberg of mistrust in the process of birth, which many many women find themselves running aground on at some point between 38 weeks and the moment they first hold their baby.

We have to ask ourselves, do we trust our bodies to do this thing or not? If we do, if we really believe that we were made to birth normally and naturally and hopefully joyfully, then why are we engaging with any of this stuff? Why would we need our membranes swept or our cervix's bathed in semem or fifty quids worth of reflexology? Surely, we will just go into labour when our bodies and our babies are ready? And if we don't believe this, if we really feel we need 'intervention' to even get started, why then, let's book ourselves in for every medical procedure on offer and welcome this modern salvation of our frail and dysfunctional female bodies with open arms!

The stress caused by the desperation of trying to induce yourself to a deadline will probably do more harm than good, making it less likely that you can relax and get in the zone required to start spontaneously anyway. So here's my method, and damn I hope it makes me rich. If you are getting near your due date, or just past it, and are coming under any pressure, either from yourself or others, to begin your 'attempts to avoid induction', try this: Do nothing. Yes. You heard me. Do absolutely nothing. Try it. It's harder than you think. It takes a cool resolve, a mindfulness, and a deep and strong belief in yourself and your baby and mother nature herself. Exactly the mindset you need when you go into labour, funnily enough.

Don't let your confidence be undermined. You were made to birth. Just believe. Wait.
And do nothing.