Sometimes I sits and thinks, and sometimes, I just sits. 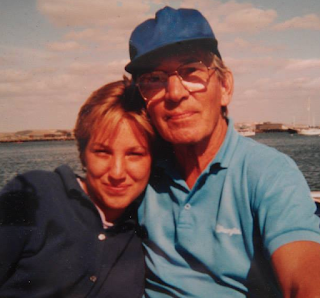 Oh, how long it has been since I have written this blog! Actually, I've really missed it, and it feels good to be back. But...life has really moved on in so many ways from the days when I used to sit at my desk, one evening a week, and sip wine, and think, and write.

It's been...how can I put this...hectic. We moved house, not to any house, but to a kind of derelict place, one half of which used to be the village hairdressers and the other half of which had been lived in by a lovely little old lady for about fifty years. Walls needed knocking down. Floors dug up. A staircase ripped out and another rebuilt in it's place, the other way round. For the past three years I have lived under a layer of brick dust, with the sound of an angle grinder haunting even my dreams. My partner - who was born to live on the road in a van and admits it himself - reminds me that many people the world over would be so glad to live in a building site and wouldn't mind the powdered concrete clouds or the lack of central heating or think that not having a kitchen to speak of was anything out of the ordinary. In turn I remind him of the droves of people who would consider the property to be 'uninhabitable' and would stay in a hotel for the duration of the building project, or just never ever touch a house like this with a ten foot barge pole for the sake of their own sanity. There have been disputes. Tear-sodden, brick-dust-coated disputes, in which we've debated the haves versus the have-nots and their respective merits and I've wanted to whack him with the greasy frying pan that could have been so much more easily washed up in the dishwasher I so superficially longed to possess.

Then there was the baby. When we moved into said building site, I was about 6 months pregnant with baby number 3. I've heard that having a third baby is a bit like - you're drowning, and then somebody throws you a baby - and I'm here to tell you that it's not like that at all, it's much much worse. Or maybe it just feels like that if you're living in a pile of rubble disguised as a house, and then the baby gets sick (see here for the story of his horrendous eczema), and then your dad gets lung cancer and dies.

OK so I must sound like I'm crying the blues here but this really is the story of the past few years of my life, or at least the story of the events that led to my feeling like a great big boot had swung back, hoofed itself into my status quo, and knocked the whole shebang firmly into orbit. My absolute low point must have been the day after my dad's funeral, when my son had his first asthma attack. I took him to A&E and a nurse took one look at him, picked him up and ran with him down the corridor, buttons were pressed, a team came running, it was surreal. I was terrified. He was OK.

Of course, this is not the only story of the past couple of years. All of this time my three wonderful children have been delighting me and simultaneously driving me nuts and keeping me sane. I've been writing writing writing away, first for Bestdaily, where I wrote week after week about birth, breastfeeding and motherhood, notching up over 100 articles in just over 2 years. Sadly their website didn't make it, and my column died along with it, but since then I've written regularly for Telegraph Women, and a few bits and bobs elsewhere, too.

And all of this time, I've been running the Positive Birth Movement (PBM) - launched as a small idea here on this very blog in 2012, and quickly snowballing into a huge organisation with over 400 PBM groups worldwide and an ever-growing presence on social media. I'm so proud of what the Positive Birth Movement has become, and I love hearing the wonderful feedback from women who have - either through social media or the 'real life' groups - found a new narrative of childbirth that has changed their own story. Women who had (like so many of us) a terrifying mental image of birth, but began to believe that it could be different - powerful, beautiful, or even enjoyable - when their own turn came. 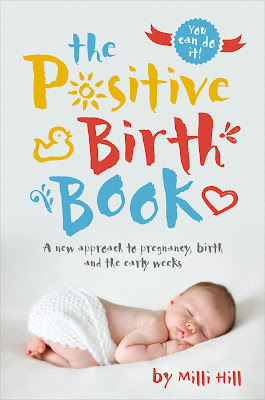 Because of this success, I've now written a book - The Positive Birth Book - which will be published by Pinter and Martin in March 2017. It draws on the real appetite that women have for new, positive messages about childbirth, that the PBM has revealed to me over the past few years! But it's actually much, much more than that. I really feel that the book is quietly revolutionary, because, as well as giving the inside track on what birth is really like and how brilliant it can be, it's also packed with information about choices and rights in the birth room, and brings the same PBM philosophy - that it's up to women to decide what makes birth positive for them as individuals - rather than raising up one kind of birth above another. I hope I'll get time to share more about the book here on this blog over the next few months leading up to the launch, but for now, let's just say that, although it's not littered with the F word, I think it's about as feminist a book about birth as you're likely to find.

So I feel like I'm at a turning point, although as always I'm slightly afraid to say that in case the Fates overhear me and start randomly slinging crap at me again. At home there is no more brick dust. There are radiators and a dishwasher. There are no longer large holes in the walls. It's beginning to look quite lovely in places. The baby is now 3 and we haven't had an overnight stay in the Children's Ward for about a year now. The PBM is flying. Whilst I love birth, there are to be no more babies and their associated chaos. And the book is with the publisher...so 2017 could be very exciting indeed. Who knows I may even find myself sat at my desk, sipping wine and blogging once a week. Although that reminds me of one of the very funny little truisms my dad used to say: