May 14, 2012
In this guest post, one of my favourite bloggers, when you ARE that woman, writes about the arrival of her two sons with her usual brutal honesty and awesome, breathtaking prose, that tugs at your heart like an Obstetrician's stitch. I hope she won't mind me chucking in a bit of T.S.Eliot - her story did so remind me of these lines from Little Gidding...

What we call the beginning is often the end
And to make an end is to make a beginning.
The end is where we start from...
Every phrase and every sentence is an end and a beginning,
Every poem an epitaph. And any action
Is a step to the block, to the fire, down the sea's throat
Or to an illegible stone: and that is where we start...

We shall not cease from exploration
And the end of all our exploring
Will be to arrive where we started
And know the place for the first time. 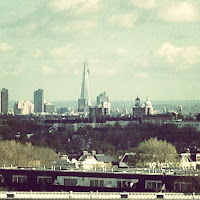